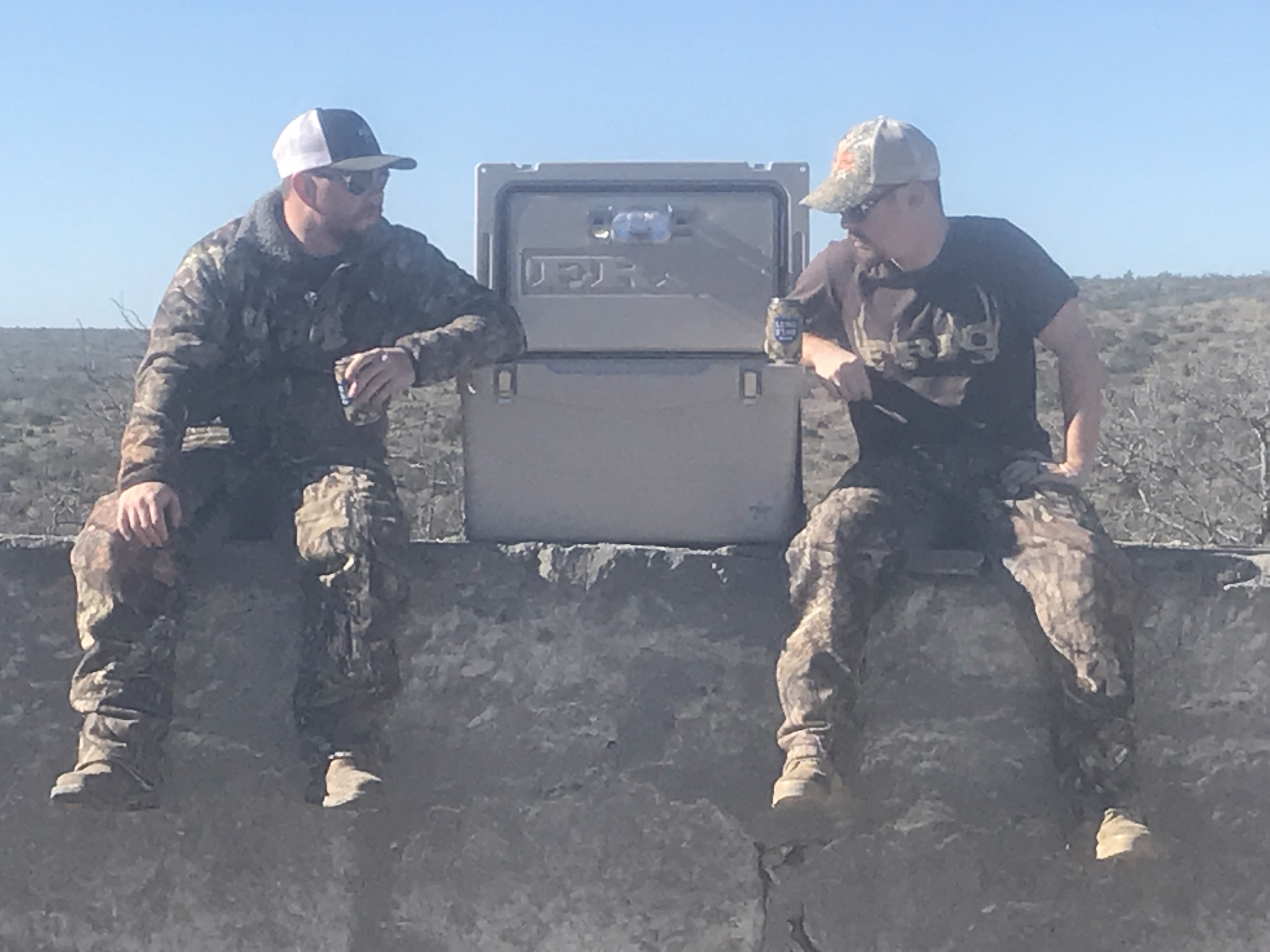 Two Brothers With A Mission

Cody and Matt Gill are two Texas born and raised brothers from just south of Houston in Rosenberg, Texas. They have been hunting for a combined 40+ years on the same 36,000 acres. They frequent the ranch throughout the entire year and call it their second home. With many of their family members and close friends serving our great country they have been raised to respect all military personnel and first responders. The first time they hosted a group of servicemen in Comstock they knew immediately they needed to continue doing so and do it more often, so they created West Texas Outfitters.

The goal of West Texas Outfitters is to show American hero’s the support they deserve by offering free hunts to them. We offer various custom-tailored hunts based on the wants, needs, and abilities of the hunters. We can hunt whitetail deer and quail from the custom build top drive Broncos or we can sit in a 2-person deer stand and wait for the deer to show up at one of our many corn feeders. We have several water holes and tanks that make great locations for our Mojo Voodoo decoys and the dove come flocking in. Our varmint hunts are a blast at night from the Bronco and are often a guest favorite. We can also sit still in the Bronco on top of a hill and set out our FoxPro predator call and bring in a fox, bobcat, coyote, or even a mountain lion.

Our 36,000 acres in Comstock can seem a bit overwhelming when figuring out just where to hunt and the style of hunting you want to do, but we have found the most success coming for our top drive custom-built Ford Broncos. When hunting from the Bronco we generally eat breakfast prepared by our cook and get out of camp before the sun comes up and we hunt all day long. Since our Broncos are equipped with multiple ice chests we take supplies to eat lunch in the field so we don’t waste much time and can get the most out of each day. We like to hunt all the way till dark and varmint hunt our way back to camp where out cook has supper prepared for us when we get back around 7:00 pm. After dinner we take the time to clean whatever game was harvested that day. Once that is completed we load the coolers back up and head out for some varmint hunting. Our Bronco was built with all types of hunting in mind and is equipped with LED light bars all the way around which gives a full 360* of visibility even in the darkest of nights. A hunt with West Texas Outfitters is like nothing you’ve ever experienced and is guaranteed to be an unforgettable trip!